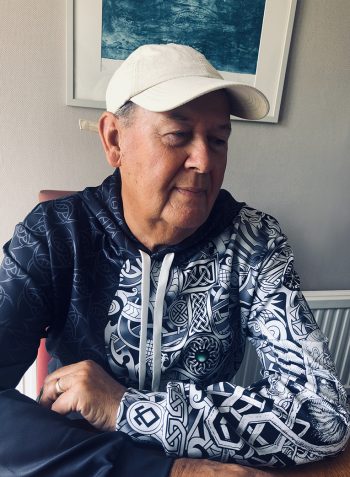 Over the years I have enjoyed illustrating a wide variety of publications, this is a little about me…

I left school at 16 and served an apprenticeship in a graphic design studio whilst attending a part-time design course at Leicester College of Art & Design.

I began working for the British Shoe Corporation developing and designing displays for various companies shop windows (see gallery). The chain then included Dolcis, Saxone, Curtess and Freeman Hardy and Willis. I married Maureen in 1969 and had two children, Heather born in 1975 and Joseph born in 1978. In 1979 I pursued a freelance illustration career, working from home and looking after the children. Maureen went to work full time.

I had very little knowledge of how to publish my work, but I knew of someone who did. Also living in Leicestershire was the established illustrator Wayne Anderson. I did not know him but phoned to ask his advice. After seeing my illustrations he gave me a list of contacts and as a result my very first commission was a TV advert for British Sugar directed by Dianne Jackson who later went on to make THE SNOWMAN. My first colour book illustrations were two stories for WORLD TALES. In 2008 I illustrated THE STRONG TOWER, nominated and shortlisted ‘Best Children’s Book’ at the UKCB awards.

I hope you enjoy looking through my work.